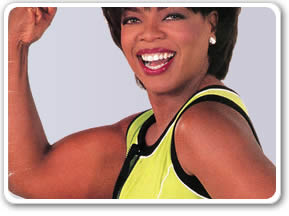 This is a question I have gotten ever since Oprah mentioned how she did not eat after 8pm. Apparently, that was the secret to her weight loss or so everyone wanted to think. It’s that simple – eat whatever you want all day and then stop at 8pm. Not really.

To get the answer let’s look at some science.

According to research published in the journal, Obesity Research, scientists at the Oregon National Primate Research Center at Oregon Health & Science University believe they have helped dispel the myth that late-night eating causes weight gain.

“We’ve all been told at one point in our lives that we should avoid eating meals late at night as it will lead to weight gain. However, our research in rhesus monkeys, which are considered an excellent model for studying primate (man and monkey) obesity issues, showed that eating at night is no more likely to promote weight gain than eating during the day.” said Judy Cameron, Ph.D., a senior scientist in the Divisions of Reproductive Sciences and Neuroscience at the OHSU Oregon National Primate Research Center.

Since research is often misinterpreted let me give you my translation.

What time you eat is not as important as what you eat and how much of it.

In other words, whether the sun is up or down most people gain weight because they eat too much of the wrong foods.

I have yet to see anyone get fat from eating foods closest to their natural source.

What to do if you have cravings

Most people ask what they can eat late at night. By this time it is too late. The sun going down does not cause cravings. Cravings are a side effect of not providing the body with adequate amounts of nutrients necessary for survival. You must eat enough of the right foods throughout the day and stay hydrated in the process. You can prevent cravings by following these 5 principles.

So back to the question, “Does late night eating make you fat?”

Bottom line: What are you eating and how much?

Are you slamming a bag of cheese puffs and pounding a liter of soda?

Or are you eating wild caught grilled salmon with steamed vegetables?

“My doctor told me to stop having intimate dinners for four.
Unless there were three other people.” – Orson Welles