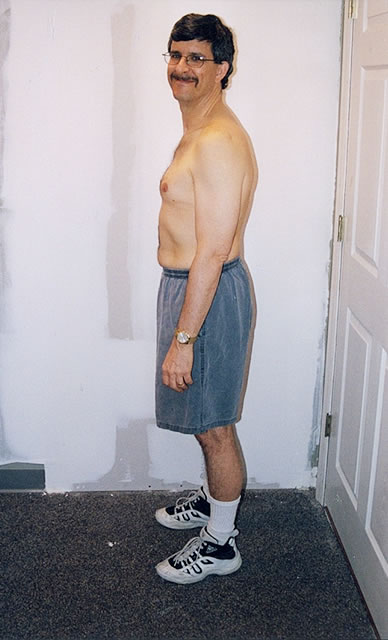 Never Worked Out in his Life!

It started out as a birthday gift for my wife, Tina. I had received subtle (and some not so subtle) urgings from Tina that I should lose some weight since it would be good for me, I’d feel better, and she’d be happier about it. I was a 44 year old, middle-aged, somewhat overweight guy with bad eating habits, hypertension, and high cholesterol, with no real desire to get out of my rut.

Tina told me the ONLY thing she wanted for her birthday last November was for me to work with Billy Beck III. Seemed harmless enough, and it saved me the anguish of figuring out what else she might want for her birthday. Besides, I think deep in the recesses of my mind I knew it would be good for me, and I figured that I could do this thing if I set my mind to it.

I think the best thing that happened to me was I became much more aware of what I was putting in my mouth. The orientation and the time we spent on how to speed metabolism through the right nutrition built a solid foundation to take the next step with my trainer.

My experience with Billy Beck III can be best described as T.E.A.C.H.ing:

All of the staff members were very helpful in answering questions that came up. Maintaining my interest in weightlifting and keeping to the variation of diet that was recommended was a little bit easier than I had expected since I was able to see progress in various ways. I saw it and felt it in weight lost, clothes hanging looser, and very importantly in the results of my doctor’s blood test after four weeks on the recommended diet. My cholesterol dropped to 130, triglycerides fell to 160, and my blood pressure was 110/60. I found that I was capable of sticking to the program and keeping an eye on the goal while watching and monitoring my progress.

Since I believe that if you feel deprived in changing your diet and lifestyle, you’ll regress more easily back into your old ways, I also made it a point to work one of my “vices” into the diet a few times a week. My interest in good beer, and my belonging to a beer club that delivers an assortment of imports and micro-brews several times a year meant that I needed on occasion to work a beer into my daily caloric intake, even on some of my non-cheat days.

I was also feeling the benefits of losing the weight in my weekly pick-up basketball, volleyball, and soccer games. I’m a fairly avid cyclist too, logging more than 1,200 miles last year, but most of this contest period hasn’t been conducive to getting on my bike. When we got some good weather in February, I got on my bike, about 20 pounds lighter at the time. AS I was climbing hills, more easily than I normally would be able to this early in the season, I couldn’t help thinking of the large plastic bags of real fat that Billy passed around at one of his seminars to inspire us. I was doing much better in my hill climbing because I wasn’t lugging around the equivalent of two-ten pound bags of fat!

So where have I ended up? Well, I’m 30 pounds lighter, wearing a size 33 that I haven’t fit into for many years. I’m healthier, look better, and feel better, but I really haven’t ended. I’ve gone through a mind transformation too. Because the recommended dietary changes are not drastic crash diets, I will continue to be aware of what I’m eating, and how much. I plan to continue with weight lifting, and keep up the level of cardiovascular exercising too. Oh yeah – I learned something too. Maybe my wife is smarter than I sometimes give her credit for. She turned a birthday gift for her into a nice gift to me. 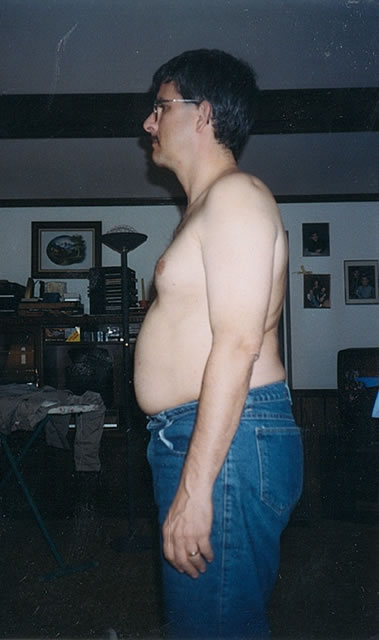